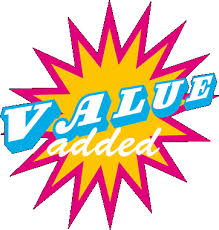 The more images I add,
the more readers I get

Most readers want value added. They have been led to expect it. They demand it and, when they think they’ve found it, they reward it.

Most readers want more from novels than a mere story. They want to feel they are gaining privileged access (to an area of the world or life from which they would otherwise be excluded) or secret knowledge (of a skill or of a way of being which would usually be hidden from them).

Fantasy worlds are no exception to this – in fact, they are an exaggeration of it. No-one had more privileged access to or more secret knowledge of Middle Earth than J.R.R.Tolkien. Therefore, all the possible value added about it either comes from him (his head) or from his estate (possessed of his working papers). 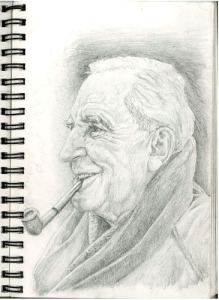 No inkling of what he hath created

So, a novel is now expected to be a story plus something else. A novel is expect to be a novel+.

It may be a story plus an interesting non-fictional background.

It may be a story plus the extreme beauty or youth of its author. In that case, we get privileged access to their inner world and secret knowledge of their manner of being.

This is the reader’s central question: What is it like to be…?

There’s a banal evolutionary aspect: that, as humans, we’re always on the look-out for survival tips. (Hey, if you ever get hijacked by terrorists, X has this great trick.)

There’s a capitalist explanation: that the novel+ is worth more, is a better bargain, than the novel plain. (Look, you get 50% extra conspiracy theory with each Y.)

There’s a middle-class element: that it’s easier to talk for longer in a reading group or at a dinner party about the non-fictional content of a novel than about the style or the form or any aesthetic aspect. (Well, I mean, you can just tell how much research Z put in. Or, alternatively, Well, I mean, you can just tell that Z had to go all through that themselves, to be able to write about it.)

But, to see the value added more nakedly, perhaps we need to take it away. Ulysses does not promise the reader a departure from the everyday – it is, famously, everyman’s everyday – but it does promise a far deeper aesthetic experience of the everyday.

Not I am going to direct your attention to this little detail over here, (like a tour guide) but I am going to give you new eyes (like, at the least, an optician and, at the most, a saint). 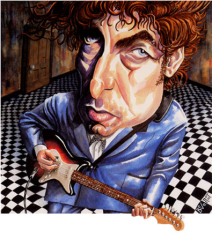 I got new eyes,
everything looks far away

With most writers, we’re not going to believe them if they make excessive promises of revelation. Since Joyce, it’s mainly been sub-Joyce.

However, all it takes for the novel+ writer themselves to gain access to the secret knowledge is some research, or some unfortunate life-experience, or a little bit of scouting around the more technical edges of fictional fakery (McGuffins and the like).

In order to return readers’ known worlds – their supertedious worlds – to them afresh, through true revision, a completely different order of artistic metamorphosis needs to have occurred.

This is why, for a while, artists became secular saints. Now, even to their admirers, they are religious confidence tricksters. They create pretend priesthoods to which they then pretend to admit us. No-one expects to be changed by the experience, only to have something easy to gossip about afterwards.

Oh, yes, I’d guessed that was it by fifty pages from the end.

Well, of course you guessed. The writer was intending to do nothing but flatter you – and the best way is for them to force you to think you are cleverer than them. And you fell for it. Again. 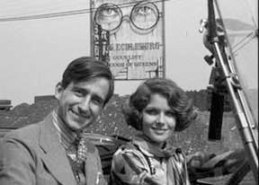 The flattery goes further, though. Your eyes are good enough, the novel+ writer says. Your eyes are perfect as they are. All I did was put in the time to research how to appear to be a priest. You never for one second forgot I was a confidence trickster. And the reason you found the whole performance so entertaining was because that’s what a good con must be – something that promises, whatever else, to make your life a lot more interesting and to make you a lot better off.

Those who most hate and mistrust artists will come up and whisper aside to them (this has happened to me any number of times): Go on. You can tell me – what’s the secret?

They do not want to be told, There is absolutely no secret, I just live in a different world to you – because, for years, ever since I first felt it might be possible, I have been working each spare moment to change my eyes. And I have succeeded. It has been worthwhile. Because, once or twice a year, for less than a second, I glimpse something other.