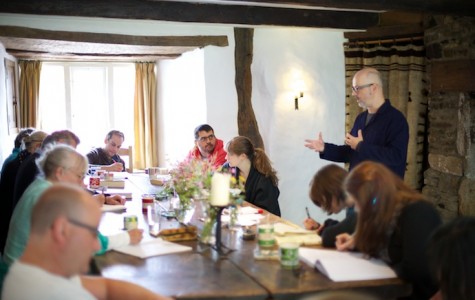 You may have heard that common piece of advice from Creative Writing workshops ‘Show, don’t tell’, and you have have wondered what it meant. Or you may know.

Here is an example of telling –

Sara was born in May 1996. Ten years later her mother published her first novel. It was called Jumping Jumping.

There doesn’t seem to be any other way to do this. Not if the reader is going to get that information. It is a series of facts.

Here is another example of telling –

Sara hated that her mother had written a novel all about her family. She resented deeply how it had publicly exposed things better kept secret.

These are facts, but of a different sort. They are emotional facts. There is no external physical evidence of them. Not like the physical copies of Jumping Jumping.

Also, there is no scene here. There is no moment in which Sarah acts or reacts.

Now here is an example of showing –

Towards the end of the party, Ahmed took Sara’s copy of Jumping Jumping off the shelf.

We don’t get all the details of what Sara feels about her mother’s novel from this little scene, but we get the emotional core. We see Sara from the outside. We are shown what she does rather than told how she feels. Show, don’t tell.

Writers are usually much better at spotting exposition in the work of other writers than in their own stories. In their own work, sections telling the reader stuff are simply jobs that have to be done, one way or the other.

It is a truth of writing that sometimes the ugly way is the only way.

Some of Shakespeare’s plays begin with real clunkers.

I don’t want to quote from any particular play, because I don’t want you to get fussed about interpreting it. So, I have made up my own couple of opening lines.

Scene: The drawbridge of a fine castle in Italy

Lord #1: I hear the King has late arriv’d from France.

Now if you are in Lord in a castle where the King is away, it is quiet, rooms are shut up, the kitchens tick over, flags don’t fly.

If you are in a castle – or even on the drawbridge of a castle – where the servants have been alerted to the King’s return, the entire place is in a panic, rooms are being aired, game is being brought in to the pantry, flags fly.

Are we supposed to believe that Lord #2 has been resident in the castle all this time and has failed to notice all the preparations for the King’s return? Or that Lord #1, with the royal flag flying above his very head, feels that it is necessary to inform Lord #2 that the King is back?

It’s like a man, soaked by a downpour, telling another man, equally wet, ‘I think it might rain today.’

The audience, of course. Shakespeare (my made up Shakespeare) is taking Route One to informing the audience of the overall situation.

When you are writing dialogue, you should imagine each word being an arrow, fired towards the person who will learn most from what’s being said. If that arrow, instead of flying across to another fictional person, heads vertically out of the page and hits the reader – cut that line of dialogue.

If a series of arrows flies upwards, sentence after useful and informative sentence, cut the scene, start again with something that doesn’t need to happen but that seems like it might.

Exposition says, This is how the world is.

Exposition is like a news report, laying out the facts of the situation so far as they are currently known.

It is far easier to include exposition unobtrusively in a third person omniscient story than in a first person story – particularly if the first person voice that’s being used sticks very close to the character in the moment.

But in order to write exposition in a way that the reader enjoys, you will need to have a really developed prose style. They will not mind being told stuff because they are being told stuff in a delightful way.

To begin with, it is much better that you concentrate on the physical actions of your character than on explicating their thoughts.

Write a scene that gets across to the reader, through physical action, these emotional facts about the child and the grown-up.

The child has more and more felt resentful of the grown-up for not trusting them. The grown-up treats them as if they were much younger than they are. The child wants to prove that they can be independent and make good decisions.

The grown-up feels more and more angry that the child is no longer listening to them. The child treats them as if they were someone who doesn’t understand the world. The grown-up wants to give the child a chance to find out that the child doesn’t know everything – even though they think they do.

The reading this week is up to you.

Pick three short stories you know – or go back to three from the previous weeks.

Have a look at the first two pages of each.

Honestly, what I’ve learned from posting these lessons is how few people using them follow the links to the stories. I’d say about one in twenty does.

That’s a shame. I realise it’s hard to find the time to read rather than write. When I can only do one, I would usually choose to write.

But if you don’t do the reading, you won’t learn as quickly. If you don’t read at all, I doubt you’ll ever become a writer worth reading.

You’ll be trying to get moving, by yourself, in an empty, zero-gravity vacuum – nothing to push against, nothing to build rockets with.

You can go straight to Lesson 9

One thought on “STARTING TO WRITE – Lesson 8: Exposition and how to avoid it”