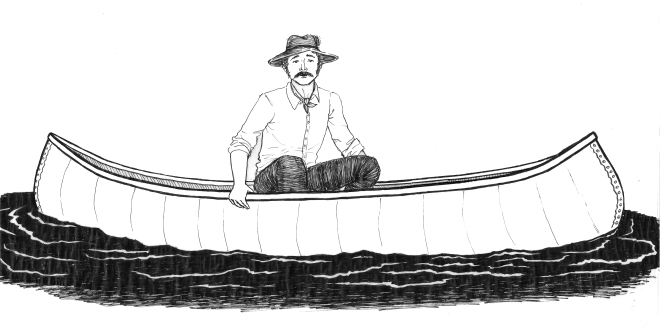 Aside: I am careful to say a person rather than a character. To refer to someone as a character already semi-fictionalizes them in a way that a thing and a place aren’t semi-fictionalized. And I want all our three plus one basic elements to exist on the same super primitive level.

Mr But: What about Watership Down? That’s about rabbits. How about I, Robot? That’s robots, isn’t it?

Thank you, Mr But. I should also have said, to anticipate the rabbits and robots objection, that by person I mean being capable of being a person.

This could very easily get philosophical, but – for now – my bare definition of a person is:

a living or non-living entity capable of moving itself around or picking up an object and putting it down in another place for a reason (not, that is, in obedience to a preprogrammed command or as an inveterate behaviour).

You could say, a person is a being that wants certain things and doesn’t want certain other things.

A goldfish isn’t really a person. A dog might be. A robot, in science fiction, could be – as could a rabbit in a fantasy where rabbits can communicate in complicated sentences.

Mr But: It’s easy to imagine how to begin a story without anything like a person in it. It could be about atomic interactions of planetary orbits, grass growing or an assembly line building cars.

Yes, Mr But, but to continue beyond the stating of very basic conditions will be very hard. If you write the personless story, please send it to me.

Literary Aside: Virginia Woolf wrote a couple of stories that seem to avoid having people in them as subjects. One is ‘Kew Gardens’, another is ‘The Mark on the Wall’.

Exercise: Write a description (third person, past tense – so it fits together with the other descriptions) of a person who is in heavy disguise.

Warning: Wait a minute before you start. This is slightly more complicated than just that.

As an executive order, I am banning clowns, so I can use clowns as an example of what you’re not to do.

You’re not to say, The man who usually dressed in grey suits and white shirts and black shoes was today disguised as a clown.

Your description needs to be deadpan – you say what can be seen (past tense), that is, you note items of clothing, their colours, their styles, make up, and so on.

You don’t directly tell the reader that the person being described is in disguise. You let the reader work this out for themselves.