How long the unbroken paragraphs look, or how margin-hugging the dialogue is, are things the reader flashes on every time they turn a page. They are things they clock and judge in an instant.

Assuming they’re not put off by either too great a density or too much white space, they will proceed into the sentences themselves.

Here, too, there are elements the reader takes in and judges. Abstractly, you can call it syntax. Concretely, it’s commas.

Most readers don’t count commas, but they do note them. They see where they are in the sentences, they see whether they hold up the flow of a sentence (like a dam) or help it accelerate (like a waterfall), and most of all they see how many of the little tadpoles there are.

If you’re any kind of writer, you can control your syntax.

Or, to put it another way –

Syntax is word order and word order, as a writer, is something over which you should have minute control.

Writers, good writers, realise, and are in control of, the ways, down to the minutest level, that word order – more generally known as syntax – can be manipulated, so as to have this, or that, effect upon the reader.

Simple sentences read fast. And uncomplicated but indirect sentences, with subclauses that dam up the onward flow, read slightly more slowly. And virtuoso displays of verbal dexterity, if words can be said to be dextrous (can they?) – sentences containing what, for some people are ‘exotic’ punctuation marks such as the dash, the colon and (oh Lord preserve us from its devious ways) the semi-colon; sentences that double back upon themselves, augmenting what came earlier but extending it out into gorgeous, expansive rivers of meaning, poignancy, insight and wit – these kinds of sentences (of course you’ve noticed you’re reading an attempt at one right now), that start to seem almost like you started reading them at one stage of your life and are going to be a different and definitely older if not wiser person when you finish them, etcetera, etcetera: complex sentences read slow.

Exercise: How would you characterise the syntax of each of these four examples? Can you write a sentence that means the same that has the kind of density you’re comfortable with?

Literary aside: One writer made me particularly aware of this. Patricia Cornwell is one of the biggest selling crime novelists in the world. Her first novel, Post-Mortem, is written in direct and propulsive and enjoyable prose. By and large, Cornwell avoids subclauses, arriving to interrupt sentences, that would slow the reader down. Therefore, not too many commas per page. By the time she reached the fourth or fifth Scarpetta novel, it was as if Cornwell had realised that this syntactical never-look-backness was the secret of her success, and made it a rule. This meant that sometimes her sentences became incredibly contorted because they seemed to be going to extreme lengths to avoid including a comma in them ever at all. It’s quite fun to spot this.

What does a comma do? It stops the flow of time, for just a little moment. Grammatically, it allows the meaning of a sentence to jink, pivot, divert or reverse.

Through controlling not just commas but all punctuation and all word order, you can write in such a way as to bring your reader totally into your kind of story-time, and keep them there, contentedly; or you can, I’m afraid, flub it, page after page, putting great efforts into getting descriptions accurate, dialogue energetic, but losing the reader because they’re in two times – their eyes want to be gazing at immense horizons, but it feels as if their toes keep stumbling, their ankles getting grazed, by obstructive, unpleasantly sharp objects , : ; –

Aside: I usually allow myself one exclamation mark per book. Only one? Yes, only one! But for this blog, there are more. Because I got too excited.

READER, I MARRIED YOU

The best way to learn about this is to re-read and re-re-read books that create the kind of story-time you most like to enter. If you were to re-read a whole novel, by your most-loved writer, just to become aware of exactly how they use commas within sentences, or avoid them, you would not be wasting your time.

There is a spectrum of density in prose. At the furthest, densest end of it comes philosophy, where the truth of each word in each sentence – because it’s an attempt to state something as absolutely as it can be stated – needs to be interrogated, discussed, annotated and mentally argued for and against. (An example being Wittgenstein’s Tractatus Logico Philosophicus.)

Then comes language that in some way is unfamiliar, either because it has passed out of common use (Chaucer’s Canterbury Tales) or because the writer has deliberately defamiliarised it (James Joyce’s Ulysses, and even more his Finnegans Wake, and Gertrude Stein’s The Making of Americans and Tender Buttons).

Next, less dense, comes prose that is syntactically complex because it is creating a convoluted relationship to time (Henry James’s The Golden Bowl, Scott Moncrieff’s translation of Marcel Proust’s A La Recherche de Temps Perdu).

Then comes prose that acknowledges James and Proust but wants to be slightly brisker and more accessible (Alan Hollinghurst, The Swimming Pool Library, Zadie Smith, On Beauty).

There are many graduations of density between this, which is usually called ‘literary fiction’, and the directness and clarity of Agatha Christie or Philip Pullman.

Beyond this comes Elmore Leonard and Patricia Cornwell, where you never have to look back within a sentence – everything is understood first time, going forwards. Lee Child is very good at this. (And you can see him refining and refining his syntax in Reacher Said Nothing, a book by Andy Martin which follows Lee Child day by day as he writes his novel Make Me.) Hereabouts is where you’d find Harry Potter.

And then we start to get books for younger readers. ‘Young Adult’ novels can be very challenging subjectwise, but they will tend toward a flowing, unobtrusive syntax (Suzanne Collins, The Hunger Games.)

Some Middle Grade novels will be written entirely in declarative sentences. (The Beast Quest books or Jacqueline Wilson’s novels.)

Almost as simple as you can get is The Cat Sat on the Mat-level writing for toddlers. (God help us, the Spot the Dog books.)

Finally, there are books with, on each page, one picture of a thing and the name of that thing beneath it. 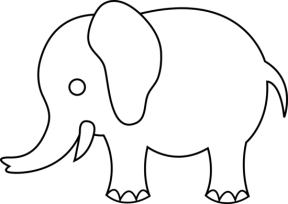 One thought on “Writing and Shit – part 33 – Commas, and other things you should care about”